Big Weekend in Jacksonville For Jester 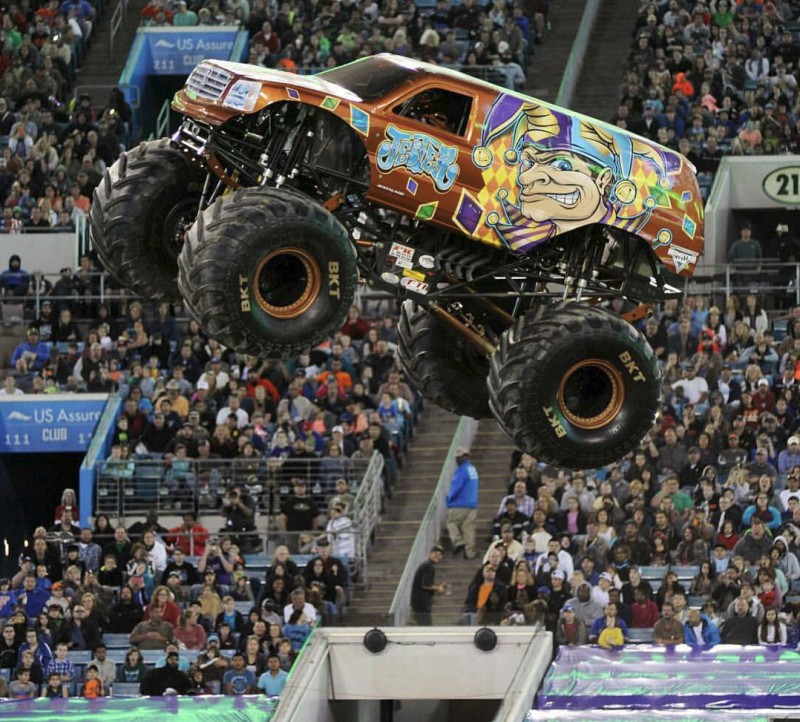 For the Florida based Jester Monster Truck team getting to perform in their homestate of Florida is always a special occasion, and getting to perform at Jacksonville’s EverBank Field in front of a sell out crowd of over 70,000 fans makes it all that much more special. With a strong year on the Monster Jam circuit so far the Jester team was looking to make their mark in Jacksonville and they did just that with a great performance.

The night started out with qualifying where Matt Pagliarulo and Jester gave it their best to crack the top eight of the time sheet, but unfortunately they didn’t have the pace to make the racing bracket. However they were able to compete in the donut contest and whipped the Jester around to a score of 28 which was good enough for a solid fourth place finish.

Freestyle was where Pagliarulo and the Jester shined as they came out of the pits in full attack mode and took to the course with a great freestyle. The freestyle run started off with some big air and they continued to air it out throughout the course of their run. The highlight moment of the performance came about halfway through regulation time when the Jester took an awkward bounce from a sky wheelie. As the truck pitched over into what looked like a sure rollover, Pagliarulo had the magic touch to save the truck from crashing. They would keep up the momentum from the save into some more big air and a great set of cyclone donuts to finish up their run. The result was a score 36 which was good enough for fourth place in freestyle. It was quite an honor for Pagliarulo finishing just behind some of the sports’ top drivers like Carl VanHorn, Ryan Anderson, and Jimmy Creten.

A big thanks to all the support from our friends, family, fans, and sponsors alike. Our next stop brings us to Atlanta, Georgia for another big Monster Jam stadium event!